Prasaga Announces Partnership with EXCAVO, Bringing Exposure to the Next Generation of Blockchain

Las Vegas, Nevada, 13th February 2021, ZEXPRWIRE: Prasaga and EXCAVO have announced a strategic partnership, bringing Prasaga’s DataGrid solution one step closer to full-scale adoption. Through its technology, the DataGrid Blockchain will facilitate access to monetary stability, community governance, and programmable assets. Aiming to enhance the blockchain industry’s benchmarks through superior performance and its own OS, Prasaga is now partnering up with EXCAVO.

“We have a shared mission to inform our community that you need to be in charge of your funds, and trade safely with your bank in your hands,” said Jay Moore, Co-Founder and Chief Collaboration Officer of Prasaga. “Eugene and the team at Excavo will empower our community to build independence through trading.”

“EXCAVO is always on the lookout for the projects that provide additional value for traders,” said Eugene Loza CEO of EXCAVO. “This partnership’s goal is to provide our traders with exposure to a next-generation Layer 1 Blockchain Protocol, DataGrid Blockchain. We will publish a chart with good fundamental analysis soon.”

By leveraging EXCAVO’s advice and support, Prasaga will benefit greatly as it grows to become one of the world’s main blockchain ledgers. Advice is of utmost importance in the crypto world, as companies rush to develop the future’s technical infrastructure. This partnership is especially well-timed, since Prasaga is currently carrying out its DataGrid DeFi pools. ‘

The presale for the DataGrid Blockchain token ends today February 13th, and the launch of the Balancer liquidity bootstrapping pool begins tomorrow, 14th of February. Prasaga has opted for an LBP-based token sale thanks to its many benefits. LBPs work by commencing token sales with a higher sale price, as to deter bots and whales looking to buy up the supply.

FOMO is therefore mitigated through the means of automatic pool weight adjustments, that proceed to reduce the token’s price as time passes. Investors looking to load up on DGT can simply wait until the time is right. Purchasing DGT via the Balancer LBP will be possible for 96 hours, a timeframe during which optimal price discovery occurs.

After the LBP procedure is finalized, DGT will be purchasable at market price on a number of supporting exchanges. DGBLabs has also just announced a 9.75% annual farming reward, destined for those who participate in the presale and DeFi pools.

The funds raised via the DeFi Pools will be utilised to build the DataGrid community ecosystem and promote the DataGrid infrastructure as an optimal solution for the deployment of blockchain projects.

EXCAVO is a company of independent financial analysts, traders, asset managers, economists, IT – developers. TOP-1 Trader by Tradingview.com The most popular crypto trader according to Bitcoin.com TOP-5 Advisor Blockchain projects by ICOholder.com. Visit the Telegram / Twitter / Tradingview / Discord links to find out more.

Prasaga is building the DataGrid Blockchain and has filed 6 patents, to protect the inventions for the community, has launched its innovative eXtensible Blockchain Object Model (XBOM) operating system on HyperLedger Fabric and is building the global DataGrid Collaborative community ecosystem. Visit the Telegram / Twitter / Discord / WhitePaper links to find out more.

The post Prasaga Announces Partnership with EXCAVO, Bringing Exposure to the Next Generation of Blockchain appeared first on Zex PR Wire.

12 richest presidential candidates in US history 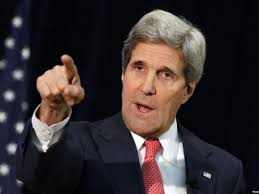 Source of capital: investment and marriage
In 2004 he ran for Democrats, but lost to George W. Bush.
His wife Teresa Heinz Carrie inherited the fortune from her late husband John Heinz, a member of the Heinz dynasty, known for their ketchups.
11. Theodore Roosevelt ($ 125 million) 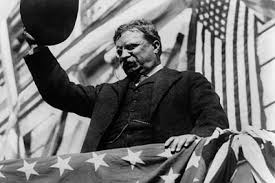 Source of capital: inheritance and real estate
The 26th President of the United States came from a wealthy family, but lost most of his capital in a trust fund. In 1883, he bought 235 acres of land on Long Island, which are now worth a lot of money.
10. Al Gore ($ 200 million) 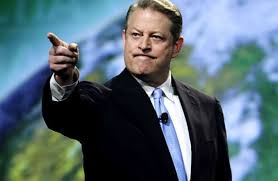 Source of capital: inheritance and investment
In 2000, he lost to George W. Bush in the presidential race, and at the time his capital was unimpressive, $ 1.7 million. However, since then Gore has increased his fortune to $ 200 million. His father, Senator Al Gore Sr. owned a controlling stake in Occidental Petroleum.
9.Mitt Romney ($ 250 million) 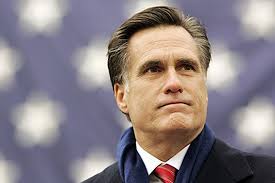 Source of capital: private equity
Romney began his career as a consultant at Bain & Company and soon founded the investment arm of Bain Capital. In 2012, he ran for the presidency of the United States against Barack Obama, and his assets were estimated higher than the declared $ 250 million. In 2018, he was elected to the Senate as a representative from the state of Utah.
8. Steve Forbes ($ 439 million) 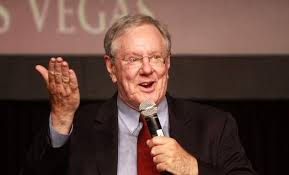 Source of capital: publishing, inheritance, real estate.
Forbes, the founder of the magazine of the same name, ran for the presidency in 1996 and 2000. He spent $ 69 million on the presidential campaign.
7. George Washington ($ 525 million) 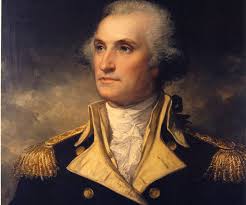 Source of capital: real estate
Adjusted for inflation, the state of the first president of the United States today would be $ 525 million. Washington owned vast territories in Mount Vernon, Virginia (8,000 acres). In addition, he was the owner of 300 slaves.
6. John F. Kennedy ($ 1 billion) 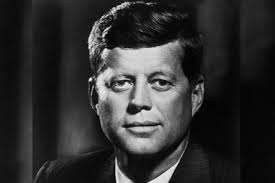 Source of capital: inheritance
John F. Kennedy was born into a wealthy family and married the heiress of the oil capital Jacqueline Bouvier in 1953. His father made his fortune trading stocks and alcohol during Prohibition.
5. Nelson Rockefeller ($ 1 billion) 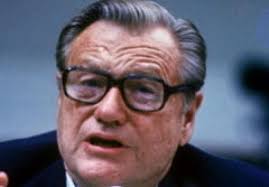 Source of capital: inheritance
Nelson was the grandson of one of the richest men in the world, oil tycoon John Rockefeller. He became vice president under Gerald Ford in 1974, but before that he raced three times in the presidential races in 1960, 1964 and 1968.
4. Tom Steyer ($ 1.6 billion) 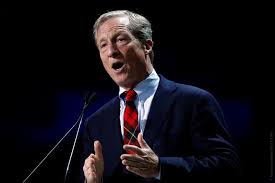 Source of capital: finance
He put forward his candidacy for the 2020 presidential election in July. He has spent huge sums on environmental programs and on advertisements calling for the impeachment of the incumbent President Trump. For 26 years he managed the hedge fund Farallon Capital, but in 2012, he stepped down.
3. Donald Trump ($ 3.1 billion) 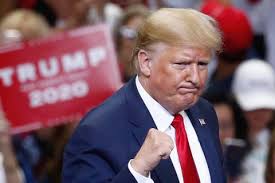 Source of capital: real estate, investments
The incumbent President Donald Trump intends to spend $ 124 million on the new presidential campaign, but not from his own funds, although he is rich enough to finance himself. The richest president in American history has not donated a single dollar to his re-election campaign.
2. Ross Perot ($ 4.1 billion) 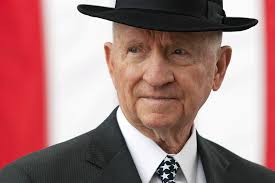 Source of capital: technology and investment
In 1992, he took part in the presidential race against George W. Bush, and in 1996 – against Bill Clinton. He sold his company Electronic Data Systems to General Motors for $ 2.4 billion in 1984 and invested in municipal bonds.
1. Michael Bloomberg ($ 55.9 billion) 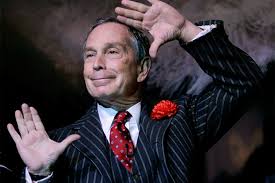 Source of capital: financial media
Bloomberg is 17 times richer than the current US president. Today he is the richest man in New York and 9th in the United States. Bloomberg intends to spend $ 100 million on the 2020 presidential campaign.

xHumanity – a better way of living

Bucharest, Romania, 13th February 2021, ZEXPRWIRE – As societies and human networks are growing, people are increasingly turning to digital networks for direct and far more functional ways of finding and disseminating information. Inevitably, online social networks are becoming larger and more complex as well. In such networks, trust in the medium and the dissemination of information and content must inevitably rely more and more on technologically-assisted means.

As a social platform, xHumanity seeks to set up communities which are not based on individualism. These groups can then define their own limits and areas of operation and development as much as they want without being conditioned, not even by age. Each user’s reactions and relationships are measured and translated into quantifiable social reputation.

xHumanity intends to disrupt the present-day social networking space using the power of blockchain technology. With the entry of xHumanity, social media users can now freely air their views, interact with their followers, disagree and reconcile.

xHumanity – the future of social economy

xCRED tokens provide access to financial services such as staking, farming, borrowing and lending, under much more advantageous conditions for xHumanity users than for those who are not part of the application. The implementation of UBI (Universal Basic Income) will bring guaranteed annual benefits such as xDNA tokens for the app users.

The link between social involvement in the application and financial services will be established with the help of xCRED-xDNA pools. Therefore, financial services in the fiat world will become available to the crypto world. Essentially, in order to access a loan from a bank it will be enough to have a very good fingerprint and some collateral cash in xDNA tokens.

From beginning to end, the xHumanity app covers the full spectrum, interconnecting other social networks into one and providing its users with the wallet that will bring zero fees for transfers between users. xHumanity represents the future of an economy based on social involvement.