Princeton, NJ, 17 Dec 2021, ZEXPRWIRE, Kenerbener Productions and Ken Bascue Release New Christmas Song that many are saying brings them to tears.  Ken had the idea for an original Christmas song that would pay homage to his mom.  His mother Georgia was a church soloist at St. John The Evangelist, a landmark church at the center of his hometown, Schenectady, NY. Georgia was an Italian beauty, who had movie-star looks and a gorgeous soprano voice. 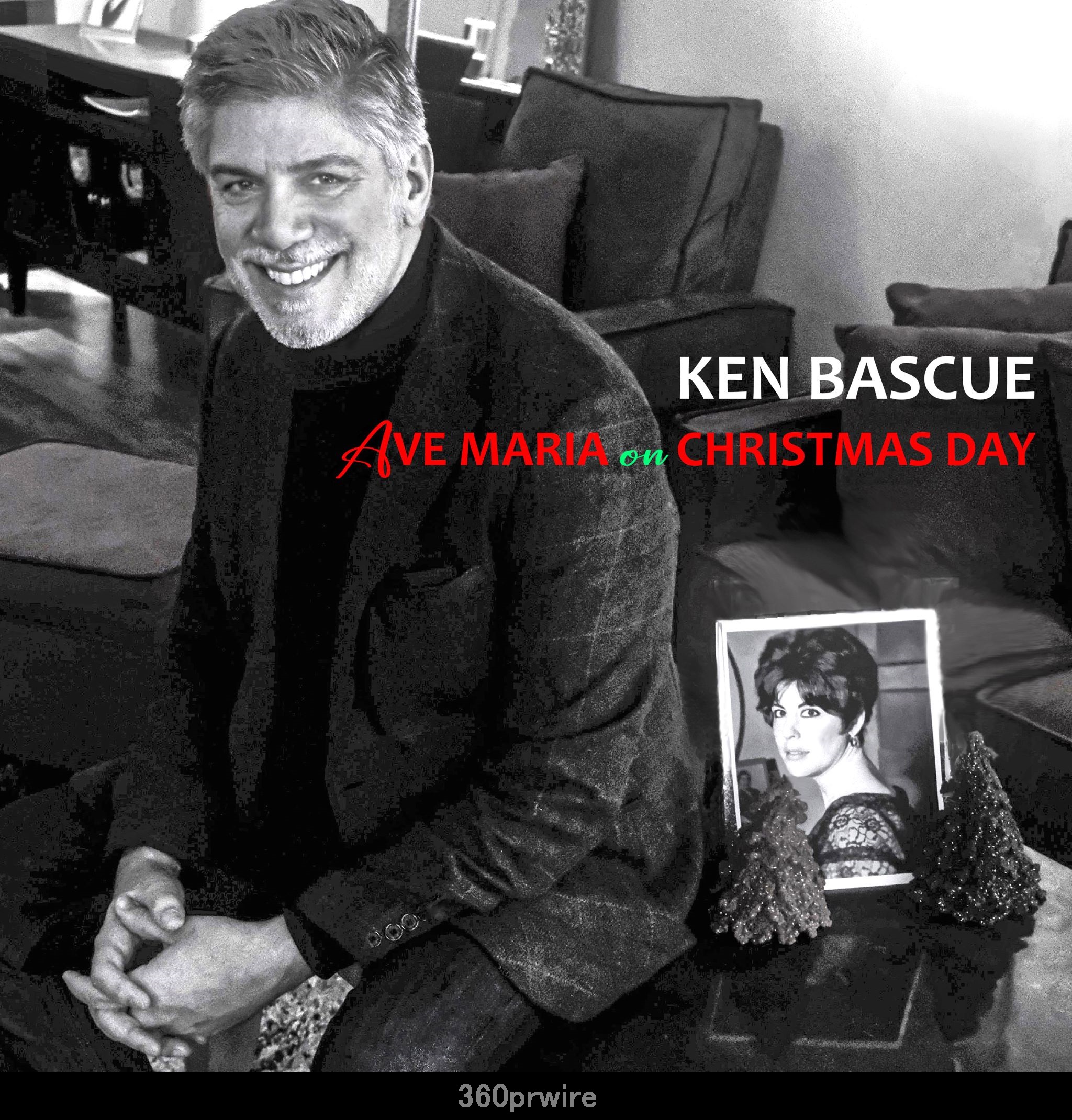 For many, Georgia’s solo was the high point at Christmas Mass.  As a child Ken remembers going to her rehearsals to show his support, he was in awe of her talent, and their hometown church was a beautiful place to show it off. Ken’s mom and dad were tragically killed in an automobile accident when he was just 25.  All these years later Ken’s idea for this Christmas song was to somehow include a recording of his mother singing.  There was very little usable documentation of her, but there was one piece of Ave Maria on a cassette tape he had held on to.

Ken felt it would have great meaning to write this song with his brother Robert who has been a guiding light and supporter since he began his recording career.  So he flew to Florida to collaborate on the lyrics with him, and it is from this time together that Ave Maria On Christmas Day came to life. Ken took these lyrics, melody, and salvaged tape of his mom’s singing to the studio.  Jon Cobert his producer came up with the beautiful arrangement using a unique choice of instruments, including an old accordion, all played by Jon himself.  Jon also sang the harmonies featured, similar to the Jordaniers in Elvis Presley’s early classics.

The song’s lyrics reveal that during a visit home for the holidays, years after his folks had passed, he carries on his mom’s tradition when they ask him to sing the solo on Christmas day.  The climax of this nostalgic and sentimental song is the hauntingly beautiful moment when Georgia sings.

Ken has many people to thank including Jon Cobert, his brilliant Producer,  JC Santalis of Raw Recording Studio, whose technical genius was instrumental in the song’s wonderful outcome.  Special thanks to Executive producer Michele Briggs for her kind and generous support, to his brothers Clyde and Robert for the image, photo, and design. And most importantly his husband Richard for his love and dedication. Although Ken started his recording career later in life, he is now finally getting noticed for his songwriting and vocal performances.  He hopes this latest release will bring him the successes he’s worked so hard towards.  Ken Bascue’s library of songs includes an original album, “Make A Difference”, a Christmas cover of  “The Secret Of Christmas” released last year, and several Pop single releases which are all getting notice and praise!

You can hear Ken Bascue’s releases on YouTube, Spotify, Apple Music, Amazon Music, Pandora, and other music streaming sites. His original album “Make A Difference” is available for purchase through Ken’s website.

Chainsulting is Securing the DeFi Industry via Smart Contract Auditing