NY, USA, 7 July 2021, ZEXPRWIRE, To get to the top of one’s trade, it takes a lot of patience, devotion, and hard work, and it takes just as much to stay there. Take Siddhartha Vadlamudi for instance, a hugely successful IT professional of Indian origin in the US. It was only because of his tenacity and commitment that he achieved great success. 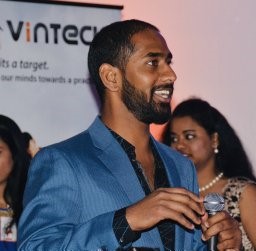 For over 7 years, Siddhartha has been on the top of his game and a noteworthy leader in the AI, IoTand ML space.He is widely appreciated and respected among the US IT community for his contributions to Xandr as a Software Engineer IIand to some of the most revered fortune 500 companies such as American Express, AT&T and Comcast.He is a passionate researcher who has been published in some of the most prestigious journals to contribute to the overall development of fields such as Artificial Intelligence, Machine Learning and Internet of Things.

Siddhartha was born in an impoverished family, in a remote exurban neighbourhood of Vijayawada in the Indian state of Andhra Pradesh. He was raised by a single mother as he lost his father in a catastrophic incident before heeven turned one year old. By the time he turned three, he was diagnosed with a severe kidney infection that required frequent hospitalization. Raising two children and taking care ofdisproportionate medical needs of a child required a lot of money, something that was a little too scarce in the family, to say the least. He even acquired a long-lasting health condition which made his immune system very weak, leaving him vulnerable to chronic infections which took him a decade to recuperate.

But Siddhartha’s mother is a strong-willed and resolute womanwho refused to surrender to fate. She made every effort to ensure a bright future for her children. It is from her that Siddhartha draws his inspiration to overcome all setbacks and to successfully achieve the defined goals no matter what. She played an instrumental role in Siddhartha’s success both as a professional and as a virtuous human being. She ensured that nothing came in the way of her children’s victory.

Siddharthafollowed his inner calling and discovered his proficiency and dexterity in the field of IT. He holds a B tech. degree in Electronics and Computer Engineering from Prasad V. Potluri Siddhartha Institute of Technology, Vijayawada, Andhra Pradesh.After exhaustive evaluation of long- and short-term career goals, he was determined to move to the US and thus, initiated the immigration process right when he enrolled for his UG programme. By the time he completed his B. Tech, he received the entry documents but the total cost of relocation was huge. Once again, his mother gave him the much-needed courage and motivation along with all of her life’s savings and the moneyshe arranged by mortgaging their ancestral house.

Siddhartha arrived in the US with a vision to avail life changing opportunities that are abundantly available there. He wanted to work as hard as he could and become so successful that the ghosts of his impoverishedpast couldn’t haunt his family ever.To further sharpen his sword, he obtained an M.S degree in Computer Engineering from the University of North Texas. He also took numerous courses in in Pattern Recognition, Database Systems, Computer Algorithms, etc. to make him employment ready in the AI and ML fields.

Today, Siddhartha has made an indelible mark in the fraternity of the most talented scholars and IT professionals in the US.Clients admire Siddhartha’s dedication, hands-on expertise, exceptional negotiating abilities, unrivalled insider knowledge, and global network, among other qualities. When he is not busy working, he loves to mentor new talent and assists them in navigating through entanglement and intricacies of the field. He believes that helping someone might not change the world, but it will surely change the world for that person and a kind gesture always finds its way back.

The post Resolve is everything! appeared first on Zex PR Wire.